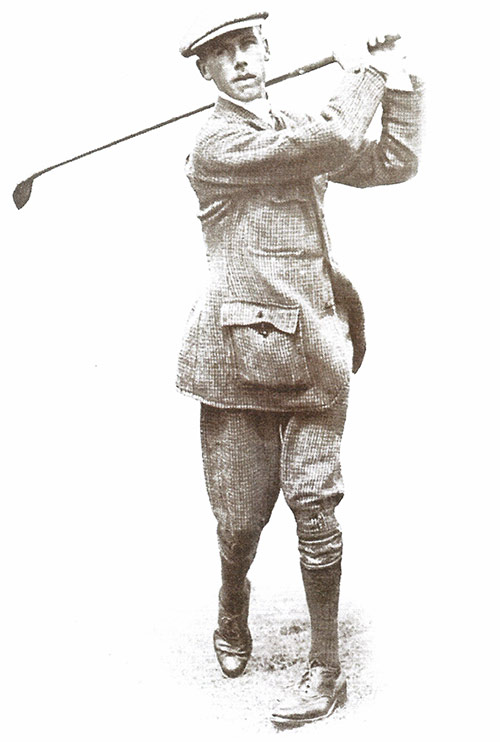 
Michael (Dyke) Moran wins his 5th Irish Professional Championship in a row.
Michael "Dyke" Moran was born in a very small one-roomed cottage with a tin roof in the demesne of the Royal Dublin Golf Club. The cottage, located between the 3rd and 13th holes, was called Curley's Yard after Michael’s grandfather Patrick Curley, Curley's Yard still exists to this day.

Michael Moran finished joint 3rd place with Harry Varden in the 1913 Open at Hoylake, Royal Liverpool.
It is thought that he would have placed higher but for the high winds that prevailed on the day.  JH Taylor, winner of the Open at Hoylake that year, on Michael “Dyke” Moran’s performance: “Mike Moran, a small, wiry type of Irishman, was a fine player and like most of his race a rare tryer and typically enthusiastic". Mike was well placed going into the third round but a gale blew that day and Taylor takes up the story: "I stopped to watch Moran drive off and play around the corner. Mike was a light-weight, and it is but the exact truth to state that he found it almost impossible to stand up to the ball and swing the club. I saw him play five shots before rounding the bend and a few minutes later word came that he had taken ten for the hole and his chance virtually gone. I was sorry for Mike then, but was sorrier still when we heard some eighteen months later that he had been killed in the war when fighting as a trooper in the Irish horse." 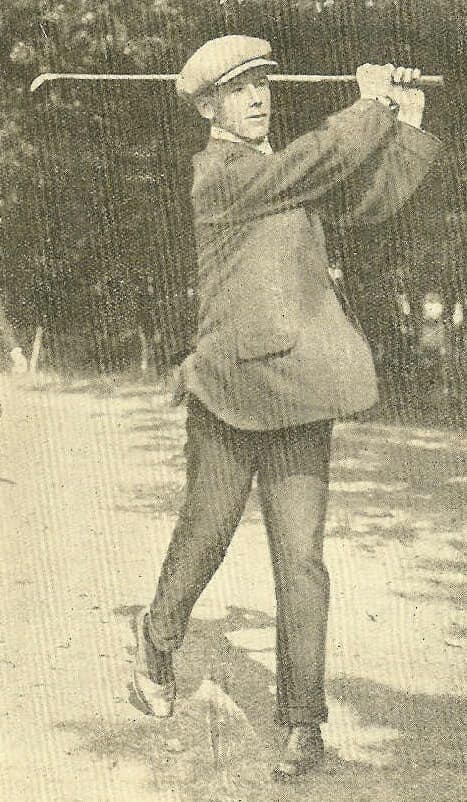 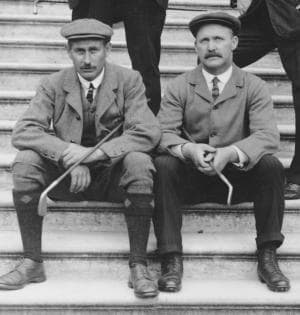 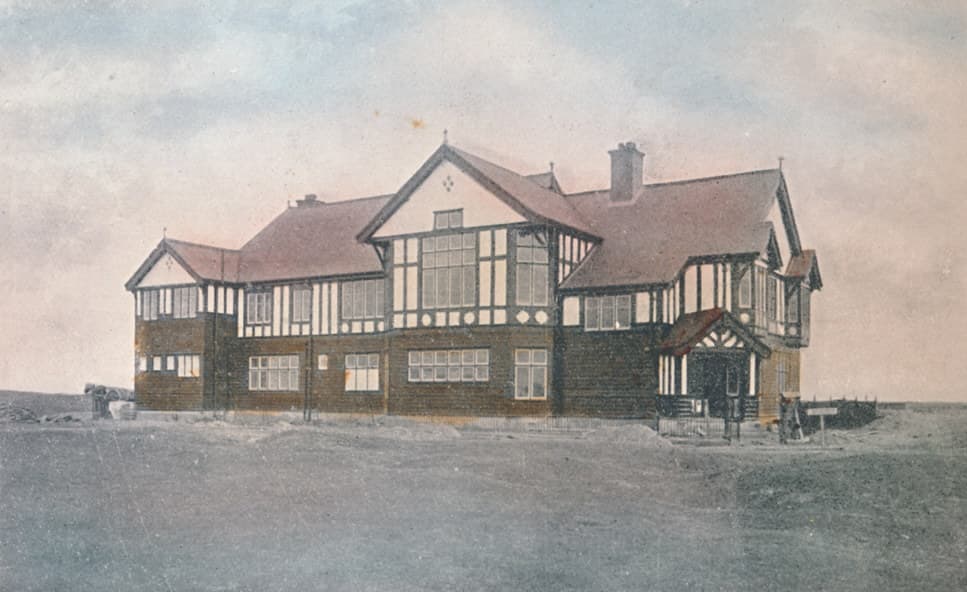 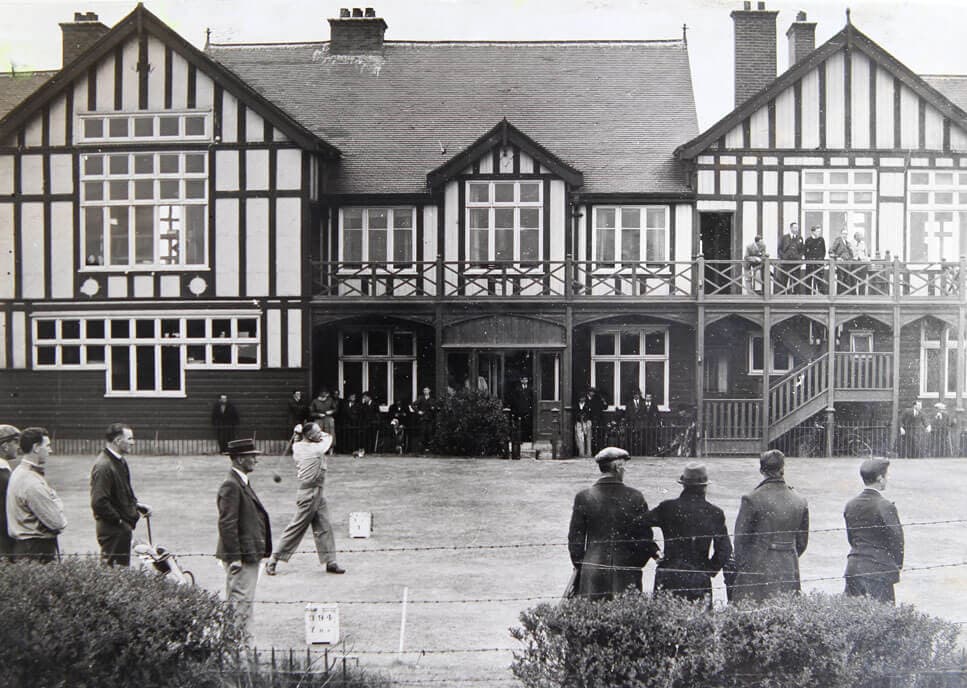 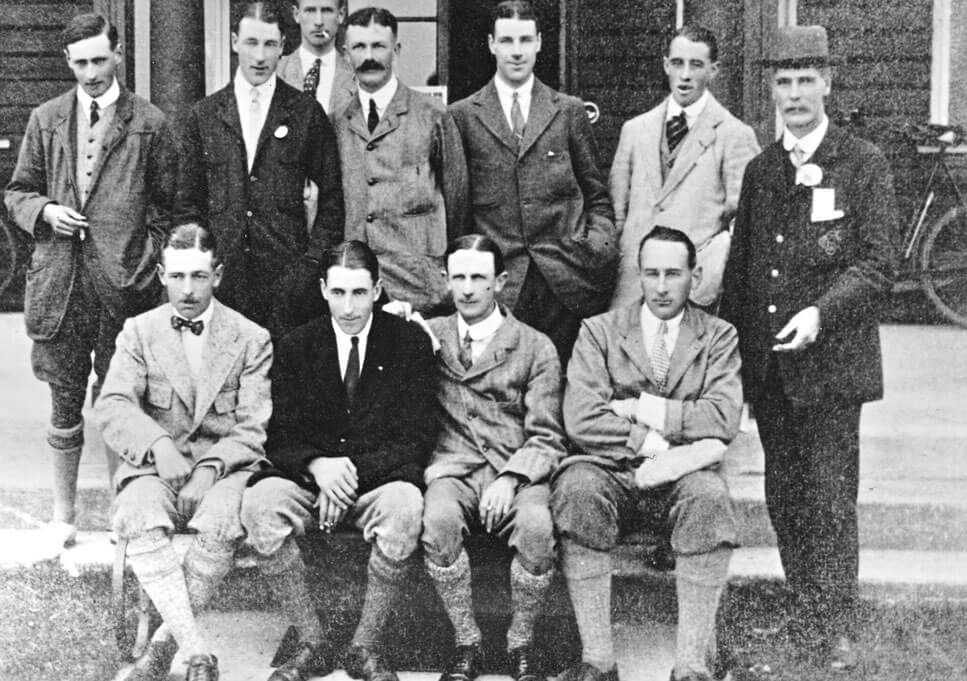 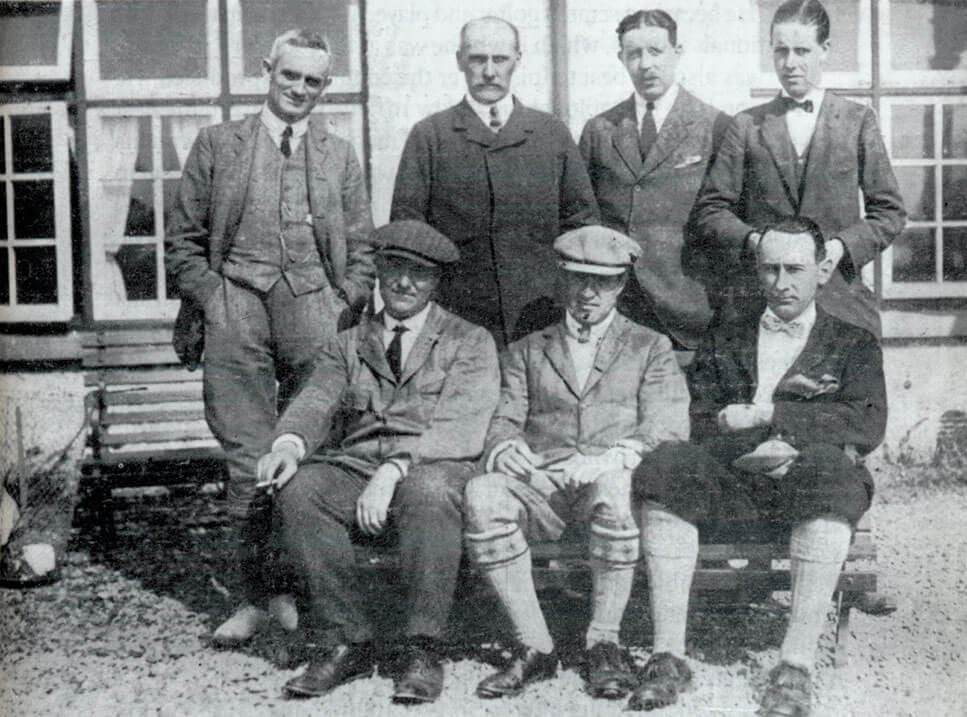