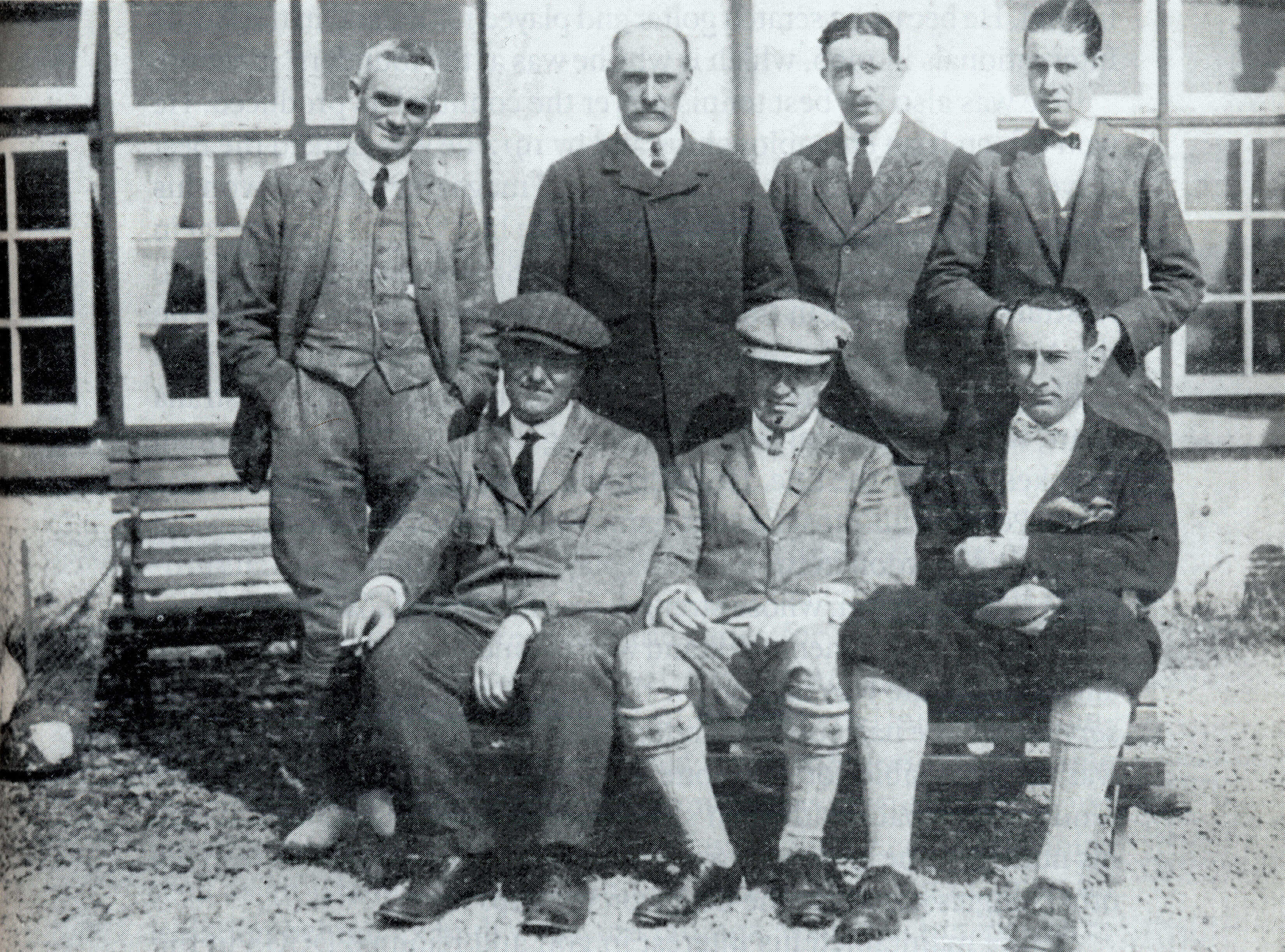 1914 was a momentous year events which happened on a world stage started a process of change over the following years resulting in political and social upheaval in Ireland which had a profound effect on Royal Dublin. It was a period which tested the Club’s very survival and yet saw the Club emerge with a new Links designed by the world renowned golf course designer Harry Colt, a restored clubhouse and a membership more reflective of the changing times.

Royal Dublin had much to celebrate in 1914, secure in its position in Irish golf. It had hosted its first International match in 1913 when Ireland defeated Wales at Dollymount, the same year. It also hosted the Irish Amateur Championship on a number of occasions being one of the four designated championship courses in Ireland and also The Irish Close Championship. The Club was justifiably proud of the success its young playing professional Michael “Dyke” Moran, Irish Professional Champion and also of Lionel Munn the 1913 Irish Close Champion.

The Captain in 1914 Mr. William Campbell, a fine golfer playing off a handicap of plus one is credited with laying out the front nine at Rosses Point, Co. Sligo. He was one of the Royal Dublin preventatives at the inaugural meeting of the Leinster Branch of the Golfing Union of Ireland in 1913 together with J.J. Crowe and James Sealy

In September 1914 Royal Dublin was put to its greatest test, the Club was informed by the British military that the Links was required for musketry training and rifle drill.

The Irish Life 25 September 1914 reported the devastating impact on the course....”from tomorrow 26th until further notice, Dollymount will cease to be a golf course. Huge ramparts have been erected right across the course from the sloblands at the 14th to the sandhills at the 5th. Behind the ramparts nimble markers will indicate to the recruits, firing from what used to be the 18th, the success or otherwise of their efforts...” The Irish Life September 1914 reported that Royal Dublin had lost 18 members so far, dead, wounded or missing. It was also reported that ten caddies had enlisted.

The Club was to lose its greatest golfer to the war, the young professional Michael Moran who finished third in the Open Championship at Royal Liverpool the previous year and won the Irish Professional Championship in five consecutive years, a feat never since equalled. He departed in 1914 to take up a professional post in Seaham Harbour Golf Club in England. He enlisted for active service the following year; he would never return to Dollymount.

Within a month the members had played their last game for six long years and the fine Clubhouse became an officers’ mess. But they were not for long without a home. Other golf clubs came to Royal Dublin’s aid and offered members playing rights and indeed membership for the duration of the conflict, waiving entrance fees. This generous action was typical of the friendly co-operation and assistance which has always been extended to Royal Dublin by its neighbours.

In spite of the exigencies of the time, however, the 1915 AGM was held as usual and a lease was obtained from the British Admiralty in 1915 of a portion of ground now used as a practice area, known as “The Garden”. It was even reported that some intrepid Royal Dubliners managed to play golf during bank holidays, when there was no firing on the course.

This small development apart, Royal Dublin entered a temporary limbo.  Michael   Moran died of wounds at Le Cateau France in I918.  At home, after William Campbell the list of Captains remained blank. The 12th hole “Campbell’s” is named in his honour.