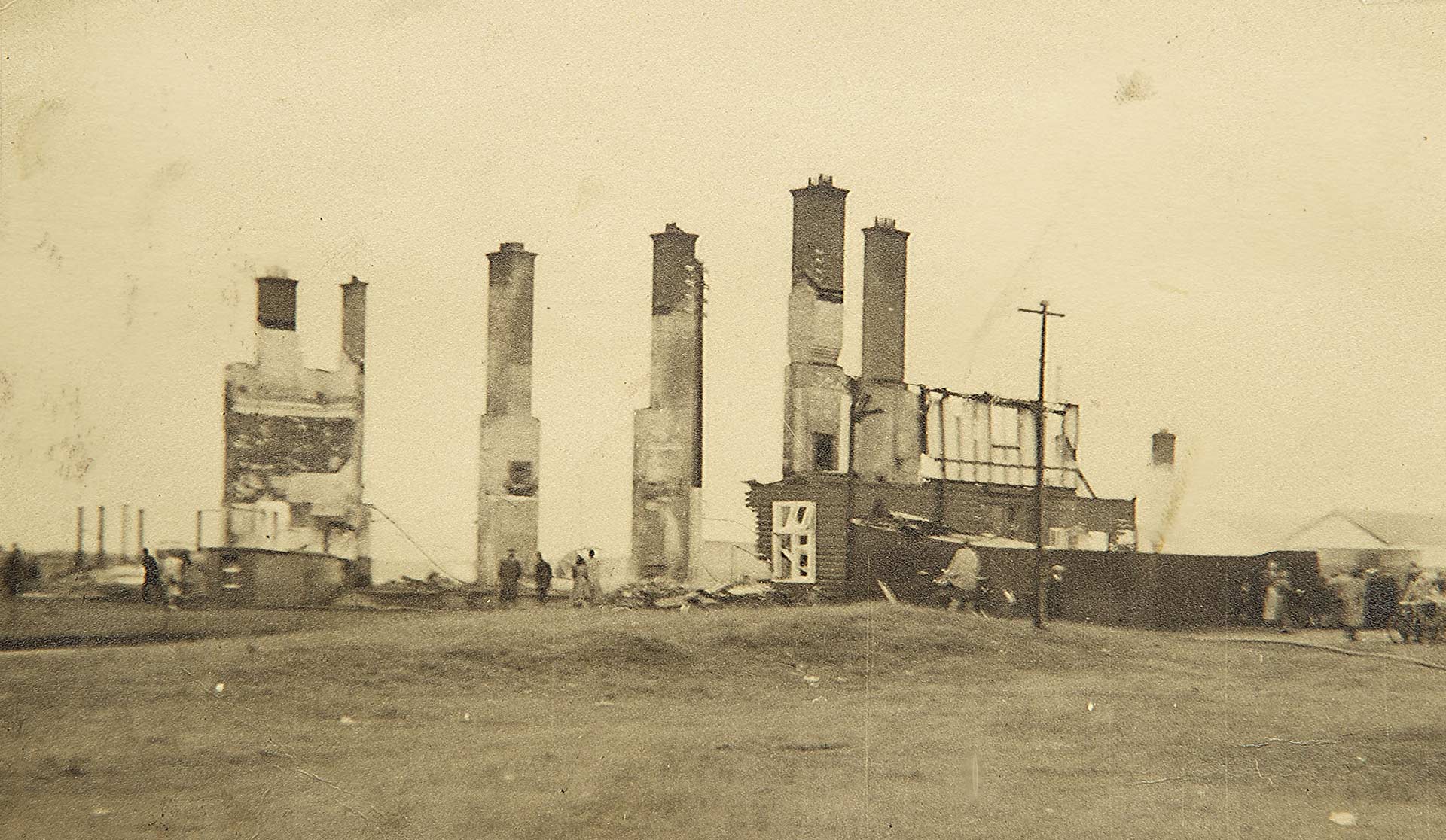 On Monday 2nd August 1943, a fire razed the clubhouse and the adjoining dwelling house belonging to the professional. The Irish Times reported that “The fire took toll of 3,000 clubs and balls, and also destroyed fifty valuable and historic clubs by Hugh Philip, a rare “Blackheath Golfer” coloured engraving and club trophies”, not to mention irreplaceable original records. The course itself was unaffected and open for play on the Tuesday morning.

A temporary clubhouse was erected and a new one (which exists today) was opened by the Taoiseach (Prime Minister) Mr John A. Costello in 1953. 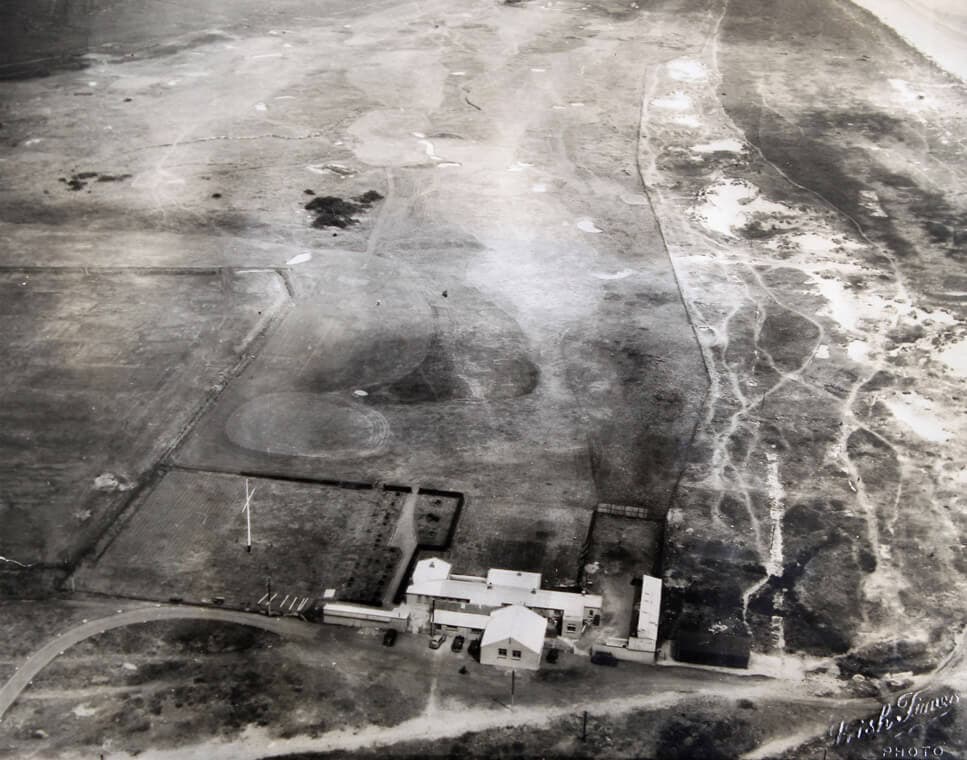 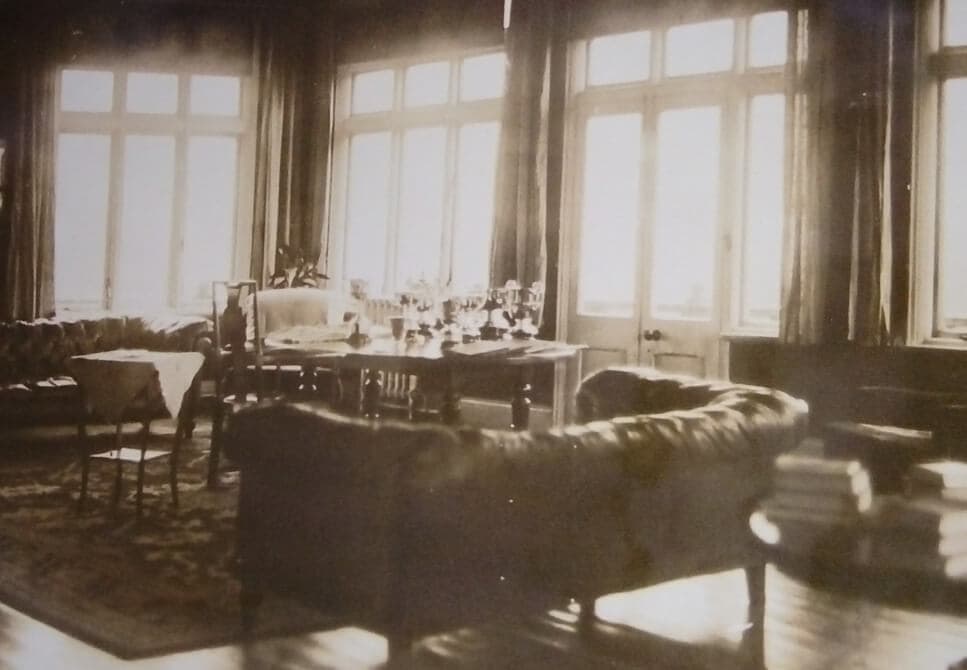