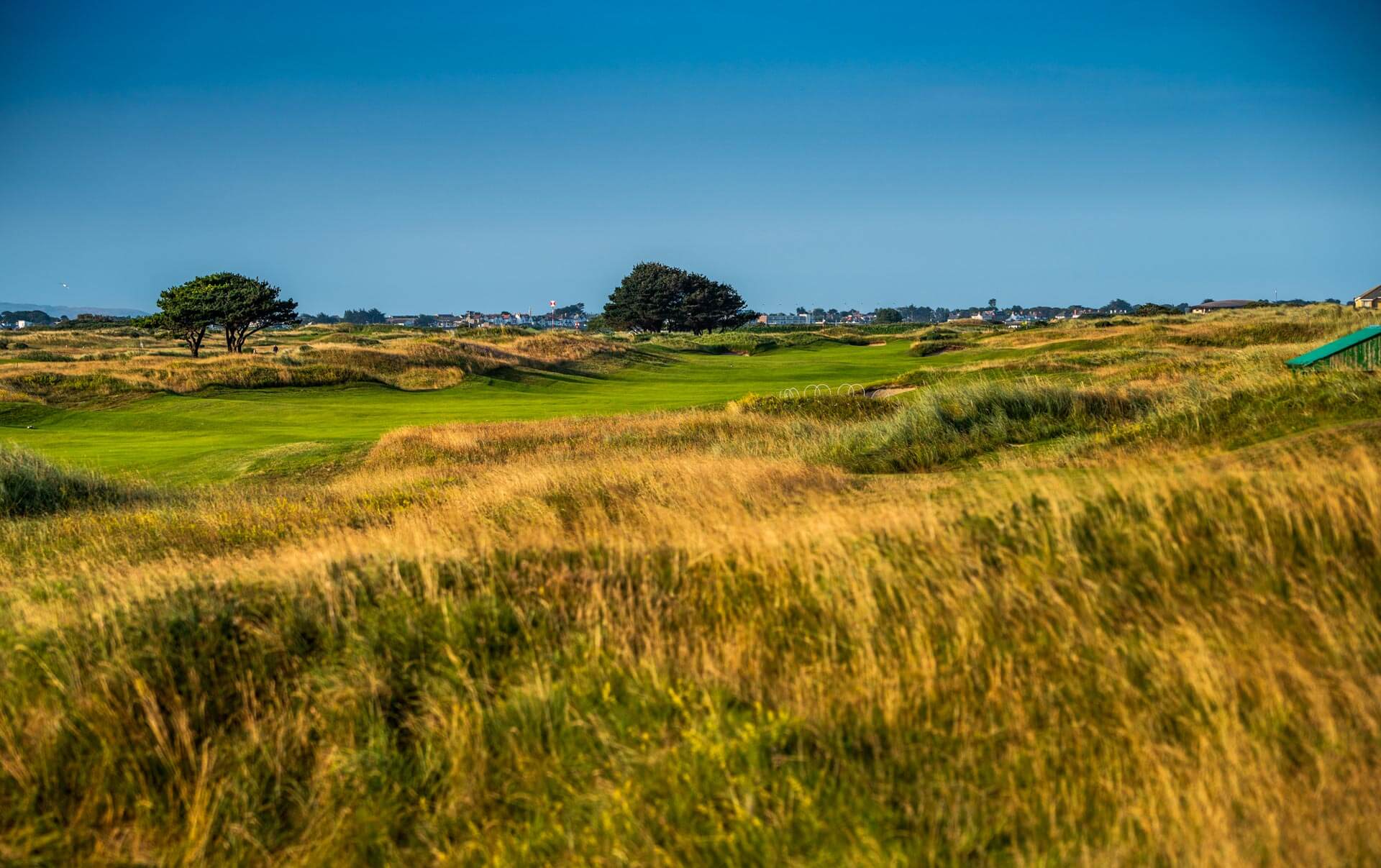 One of Ireland’s Most Prestigious Golf Links

Not all coastal golf courses can be classified as a true links course. Characteristics of a true links golf course are sand dunes, fescue grasses and few trees or water hazards. Though common in Ireland, there are only 246 authentic links courses in the world. The Royal Dublin Golf Club is proud to be a member of this exclusive group.

Since 1889, The Royal Dublin Golf Club has been located on Bull Island, a sand bank formed when the Bull Wall was completed in 1825 by Captain William Bligh.

The Bull Island is a Unesco nature reserve, accessed by passing over a wooden bridge. Our championship links is 3 miles from Dublin city centre and a 20 minute drive from Dublin Airport.

From 1914 to 1919, during the First World War, the course was taken over by the military and used as a rifle and artillery range. After this the course was all but ruined and the clubhouse, which had been an officers’ mess, was in a very dilapidated condition.

In 1920, with £10,000 compensation, the clubhouse was reconstructed and the links redesigned by H.S. (Harry) Colt, the world-famous golf course architect from Sunningdale. Among the many changes made was the decision to build up new tees at the 5th, 7th, 8th and 9th holes, offering a fine view of Dublin Bay, which had previously been hidden as the tees were below the level of the sand dunes.

Further information on our course design can be found in our Memorabilia Room.

In the early 2000s, Martin Hawtree, the specialist links architect, was engaged by the Club to bring the course up to the standard demanded by the modern game, while respecting the legacy of Colt.

Our course was recently ranked in the top 10 in a list of 58 true Irish links courses.

Given its quality and location, the Royal Dublin Golf Club is perfect for anyone staying in the city and looking to play a great links golf course.